Months ago our photographic leader - you want me to write photogenic? - suggested "shooting" the Moon as a photographic exercise in light management, and maybe the appreciation of using a tripod and then maybe considering composition ,,,

I am not the quickest so this entry will be the last in that series - I have 100s of photos of the Moon going back to 1960s - one with an historic telescope in the North dome of the DDO administration building. That telescope has now been "saved" from astronomers who might use it and has been safely stored away in Ottawa. That was to have been an entry. I'll think about it.

So don't hold your breath!

On Thursday morning, about 4:30Am, an hour before sunrise I took the following series of photos: 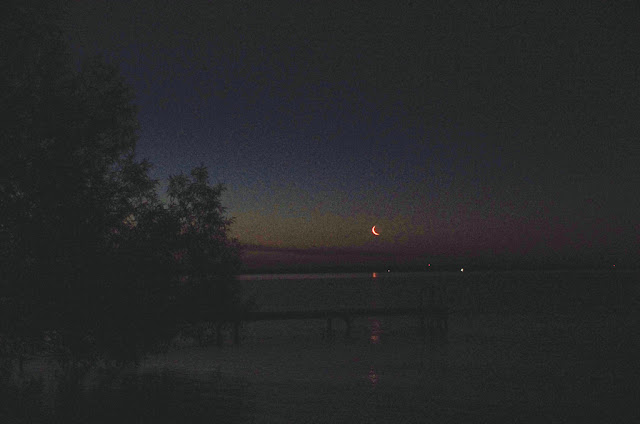 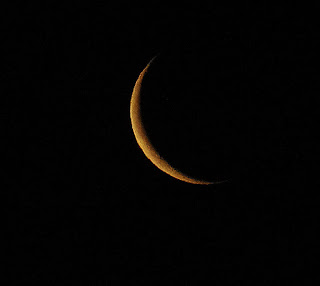 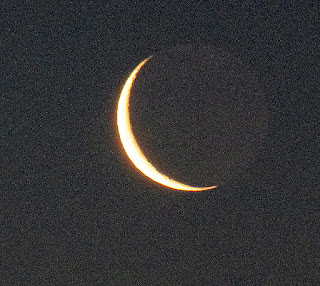 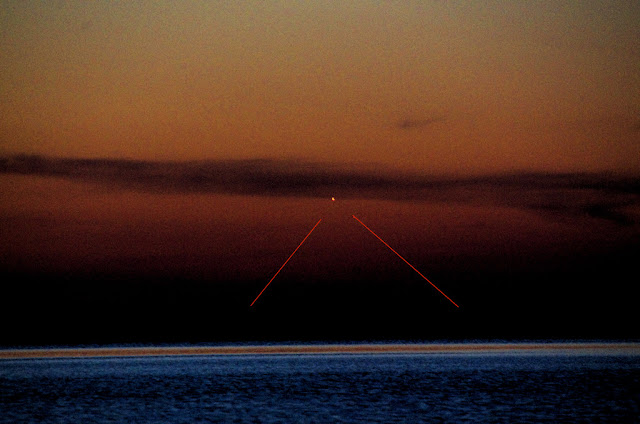 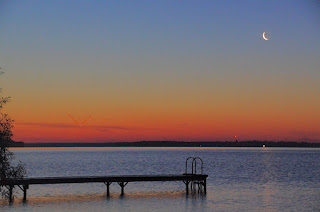 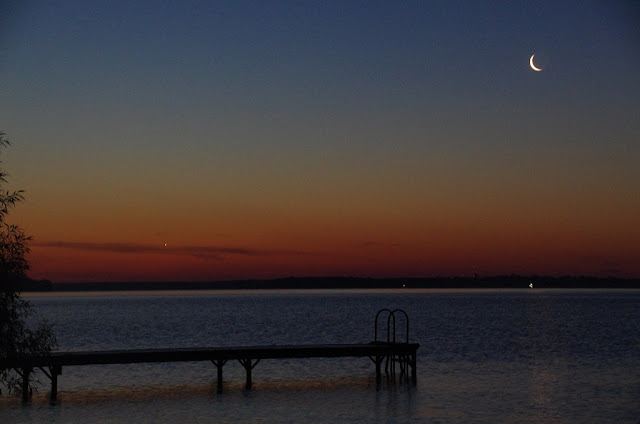 While I was there I was visited by a Heron, twice probably, and 2 bats - but sadly no sonar, and by a dozen or more Fireflies. I tried to photograph them and if I can show beyond doubt which "lights" are theirs I may post them another time.

On Friday morning, just an hour or so after the end of the occultation of Venus by the Moon, I witnessed this beautiful sight - and the reason for yesterday's visit to locate the pair for today. 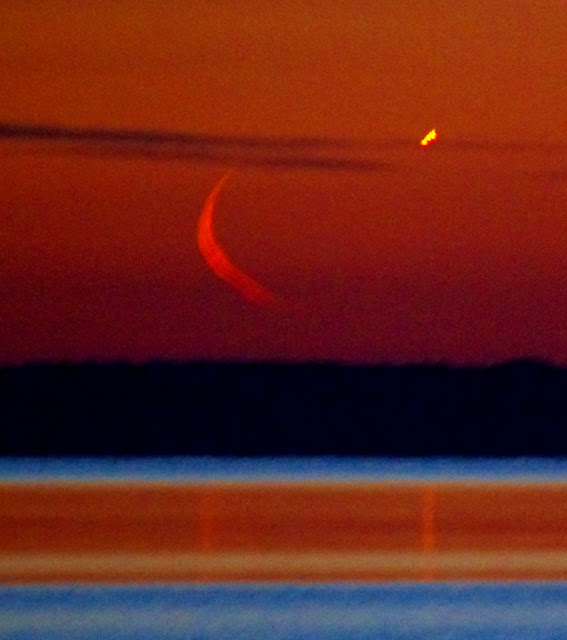 Maybe I was a little excited? Maybe the dense atmosphere - be polite!

I actually saw Venus before I could see the Moon. 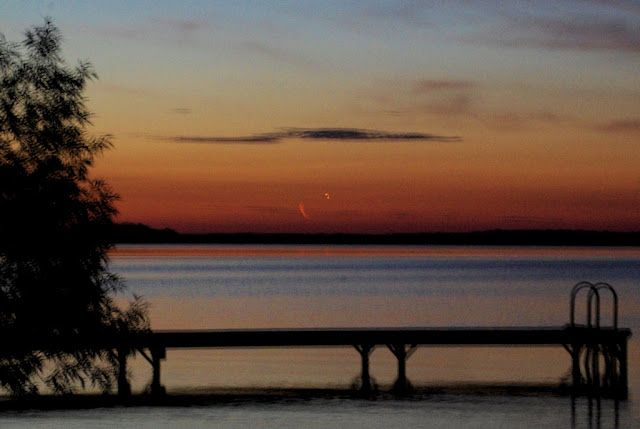 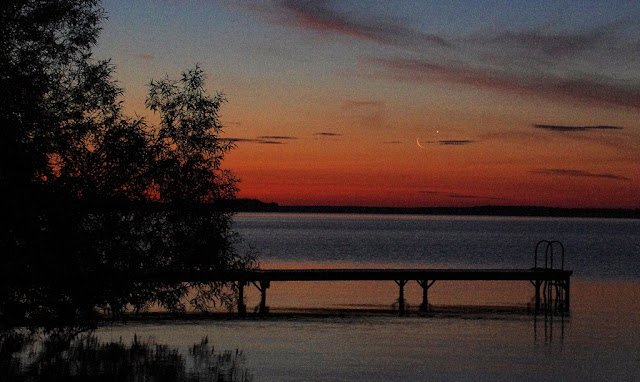 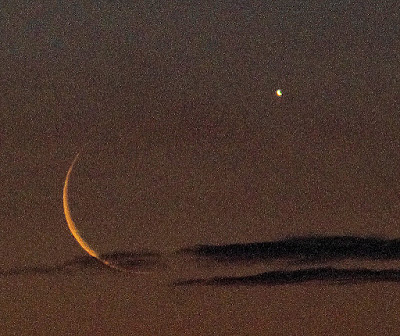 The body of water is part of Lake Simcoe, For more on occultations, click here.

WOB
Posted by WiseOldBird at 13:32