The Moon and the Turtle

Last week, I saw my first turtle of this Spring - actually my 1st and 2nd and a frog. So ready or not Spring will arrive whether our parks and countryside are open to us or not. 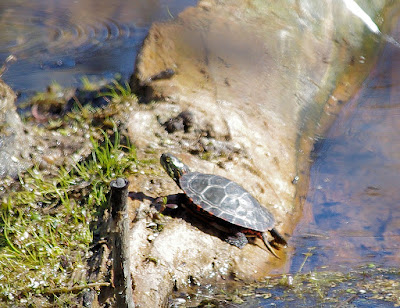 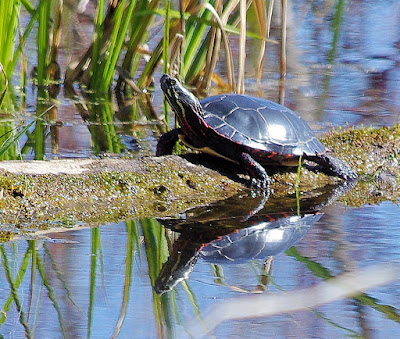 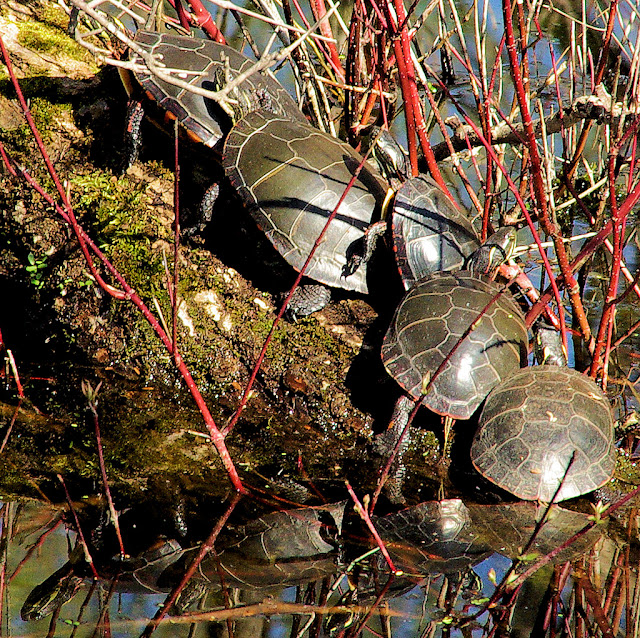 Can you see the pattern on shells?

The Indigenous people saw this as a calendar: 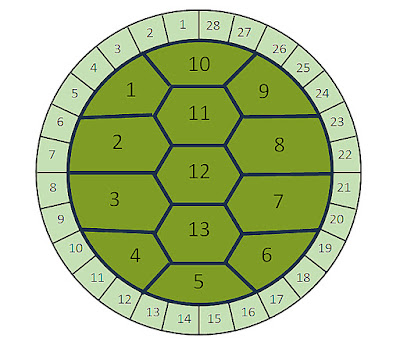 with 13 moonths per year and 28 days per moonth or month. It is a far more logical calendar than our Roman inheritance of Julius and Augustus displacing the seventh to tenth calendar months to September to December., not to mention the irregular number of days per month.

This is a solar calendar. However, to understand how the Moon was used to inform the people of the coming seasons, one has to understand that there is a stellar version, called a sidereal version, as in sidereal day, month, and year based on a relationship with a direction in space toward stars. And a solar version where the Sun is used as the marker.

So the following shows the difference between a day, really a solar day from noon to noon, and a sidereal day, the time it takes for a star to cross the meridian from day to day. 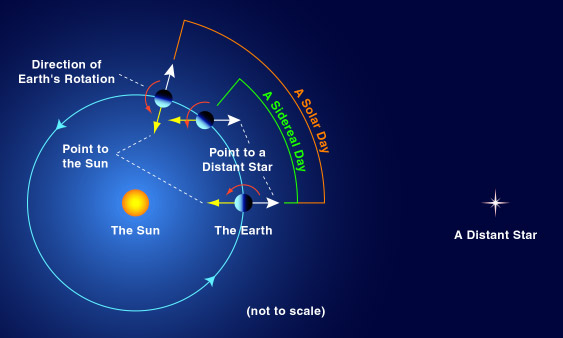 Because the Earth is revolving around the sun, successive sunrises, or transits at noon require the Earth to rotate just a little bit more than 360°. However, if one were to observe when a star transits, crosses the meridian, its highest point in the sky, we would see that it occurs about 3min  56sec earlier every night - that is the stars each night appear to drift westward through the seasons. I am using civil/solar time, hours and minutes - sidereal time uses the same names but their sizes are slightly different!

This also is true for the Moon motion: 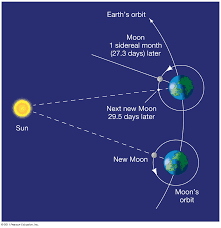 The Moon requires just 27 days to go around the Earth when its position is measured against the distant background of stars. It takes nearly 3 more days for the phase, say New Moon, to repeat. The turtle's shell almost manages, but not quite. However, the Roman/Julian calendar was off too, and there have been several reforms to try to "control" time. 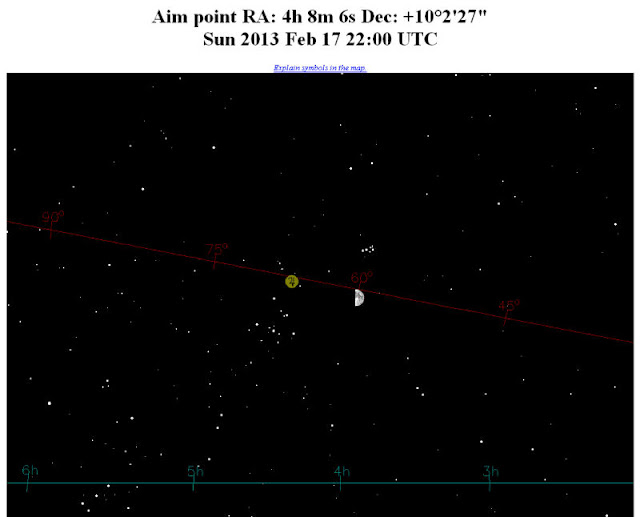 Jupiter was the disc near the "Vee" of Taurus and then the appearance of the Moon seen from Earth, here as a half of a disc. One "Moonth" later, sidereal, the moon is against the same backdrop of stars but the phase has  changed: 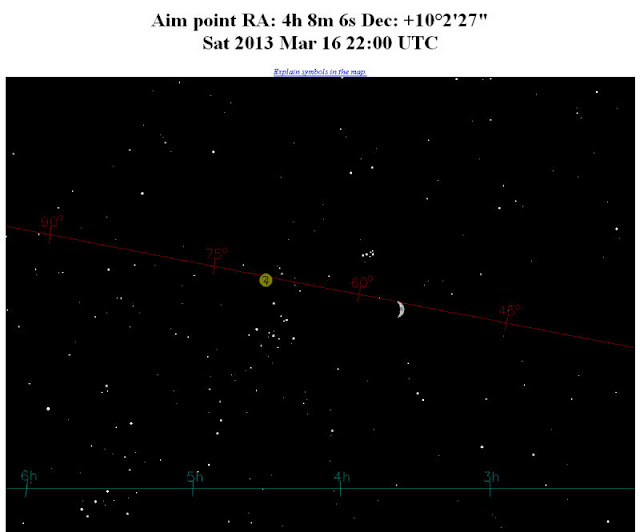 In 2020, in the midst of Covid-19, self-isolation, and time for contemplation we can, perhaps, begin to appreciate another way of learning. The example is the 3,600 year old sky disc or Nebra shield of copper with gold inlay. 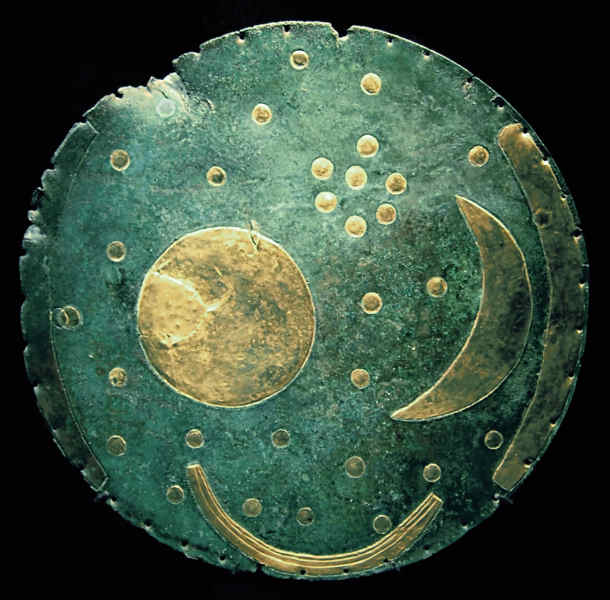 You can goggle this for more information. The main thing to take away is that there is a crescent Moon near the compact group of 7 gold dots taken to represent the Pleiades, the 7 daughters of Atlas, and in the Indigenous culture, Spider Woman. The Moon has this phase near the Pleiades in Spring, and could, and probably did serve as a reminder that planting may start, animals will be migrating and fish will be returning to streams to spawn. Spider Woman lowered the first humans to "Turtle Island" and this time can also be associated with "birth" and Spring, a renewal.

I shall pause here and continue later with an introduction to Raven and the Orillia Camera Club suggestion to photograph the Moon.

WOB
Posted by WiseOldBird at 22:47