Arni recently complained that Snowy owls tended to sit on poles thus disqualifying them from photo contests because of the "hand of man" criterion. 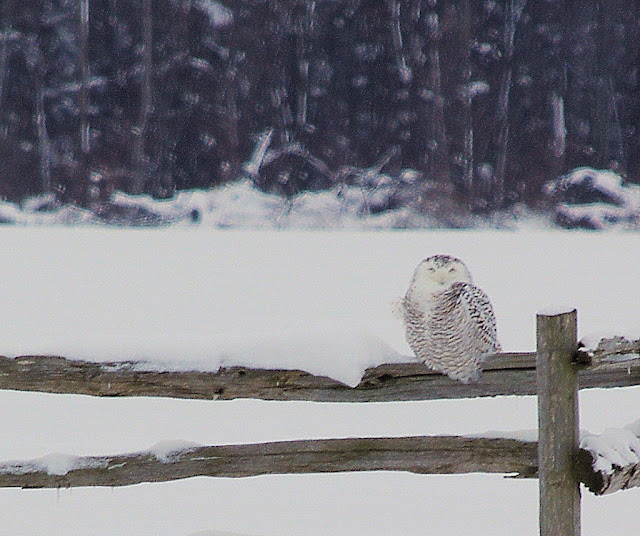 So this is a fence, a horizontal "pole" and evidence of man interfering with nature. And the following, from yesterday would all definitely be "Barred", too: 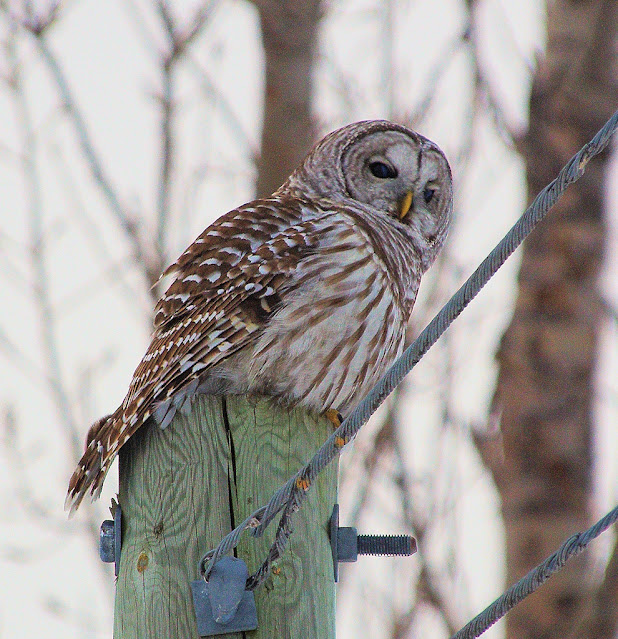 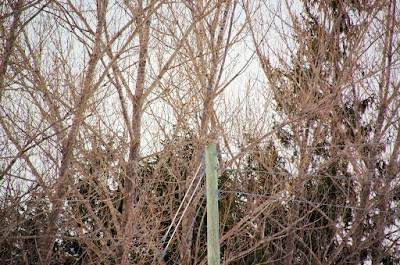 Of course, these are photos of a Barred owl that Vicki and I saw north of Rama. I have never felt threatened by these birds although there were attacks by hawks against runners who wore red hats - like I use to wear! So I was taken by the possibility that a Barred owl might have been involved in a murder! 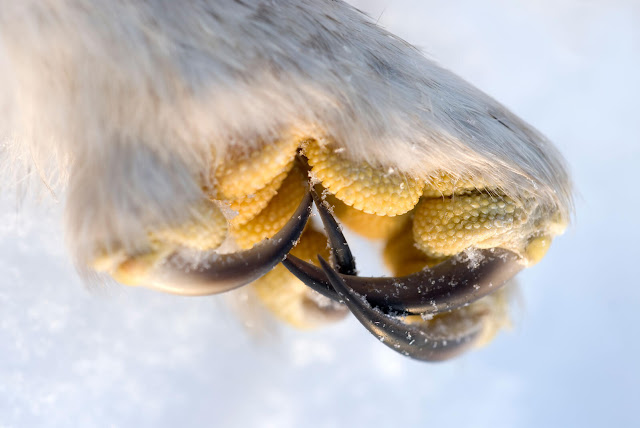 was ready to photograph it if it had flown closer to me. 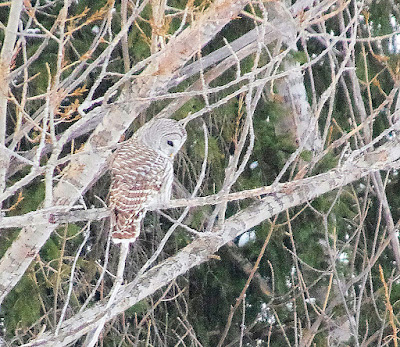 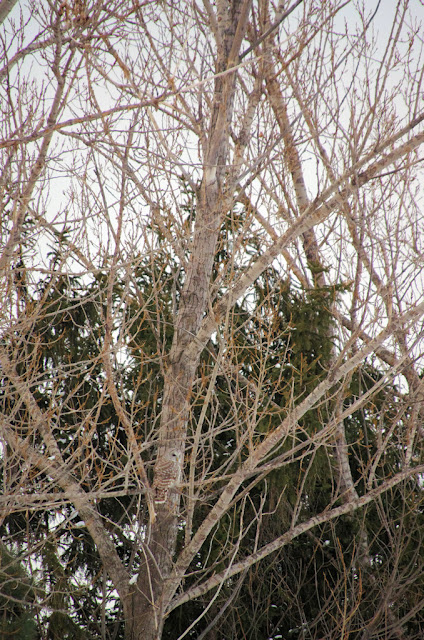 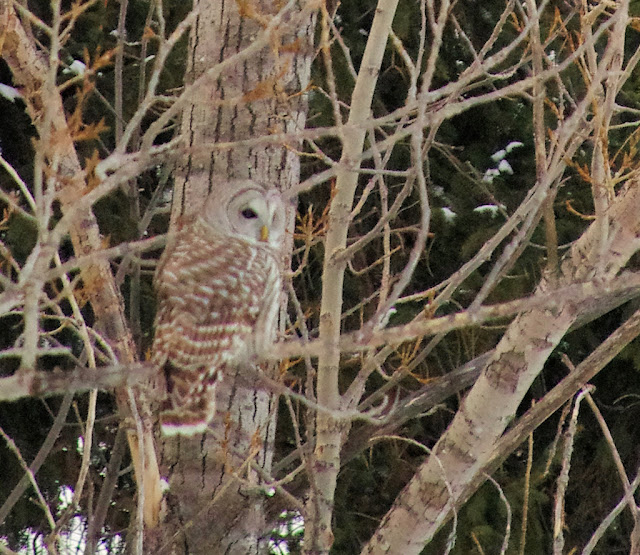 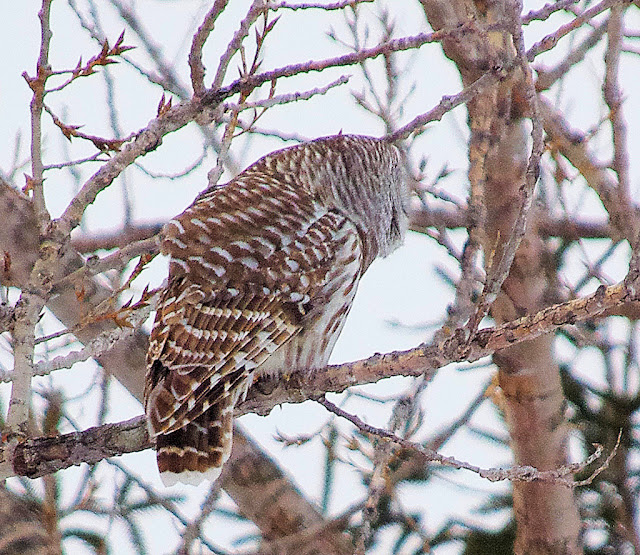 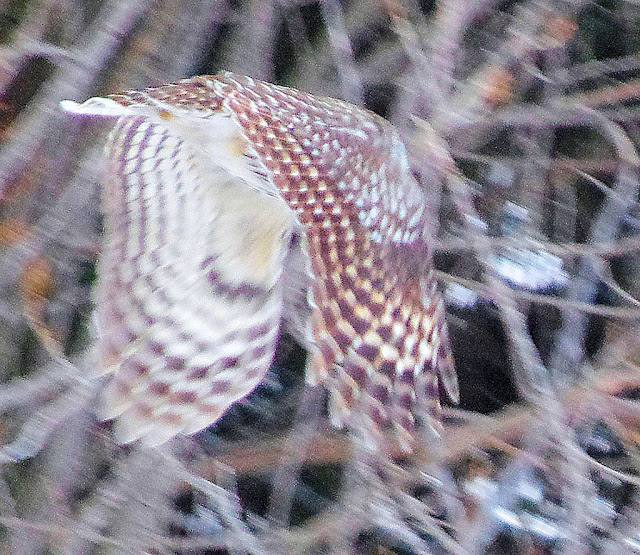 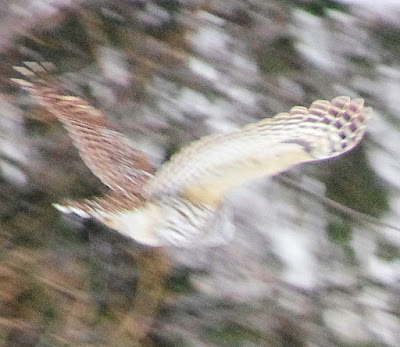 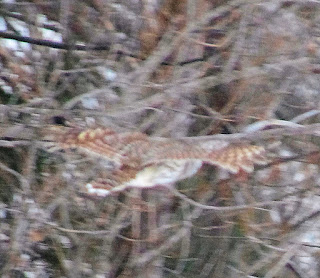 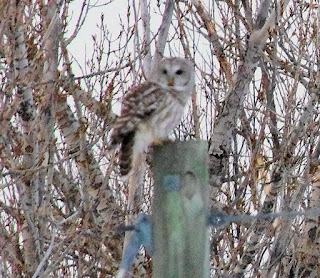 There is also a connection to Black History Month as well. We owe a lot to Mother Nature. Less we forget.

Wily or wobbly, wizen or wise, old = yes bird with a Bill