Philae: One on One

Various scientists have shared with me their enthusiasm for their work and the Rosetta Mission. The years of planning, testing, and building each component and then "at last" flying it on Tuesday March 2, 2004. But then the wait. "Are we nearly there?" "Is it Christmas?" 20 years is a long time for scientists, too. The following are pictures I took in Göttingen at the MPI for Solarsystem Research. Philae on the ground has all the instrumentation that Philae in 67P has. I will only introduce the instruments as they produce science or are mentioned in questions and answers. Now I will show the legs of the lander. 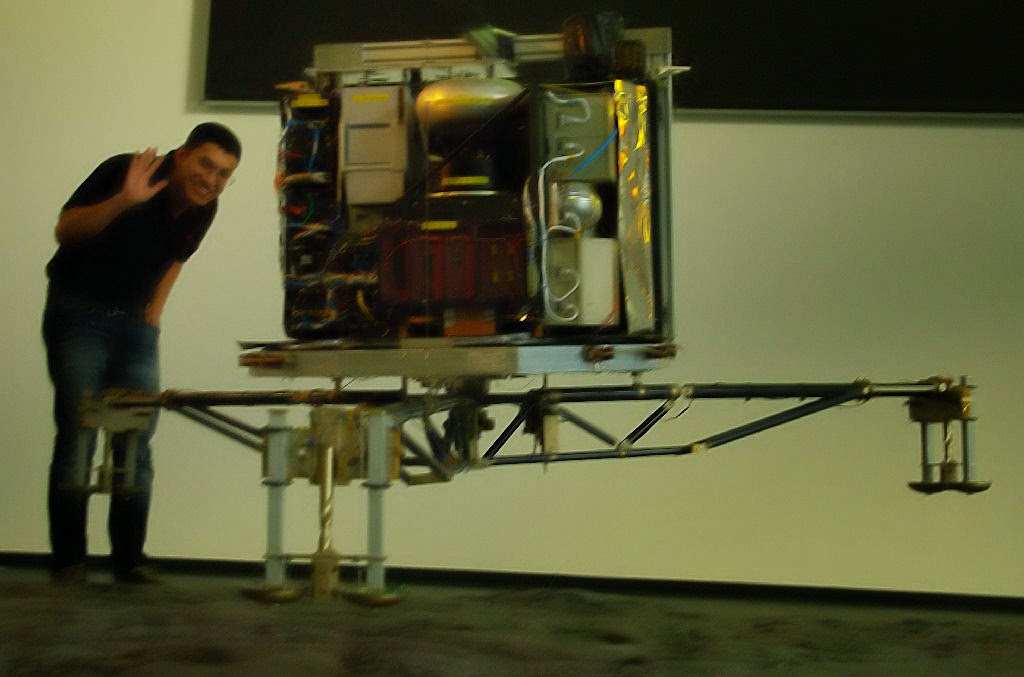 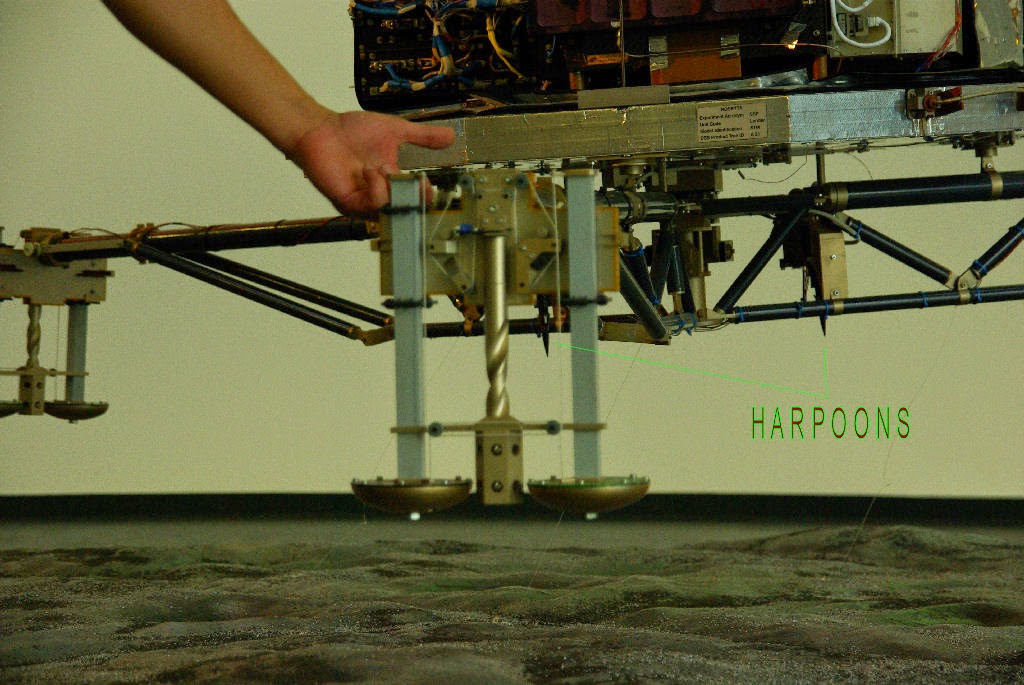 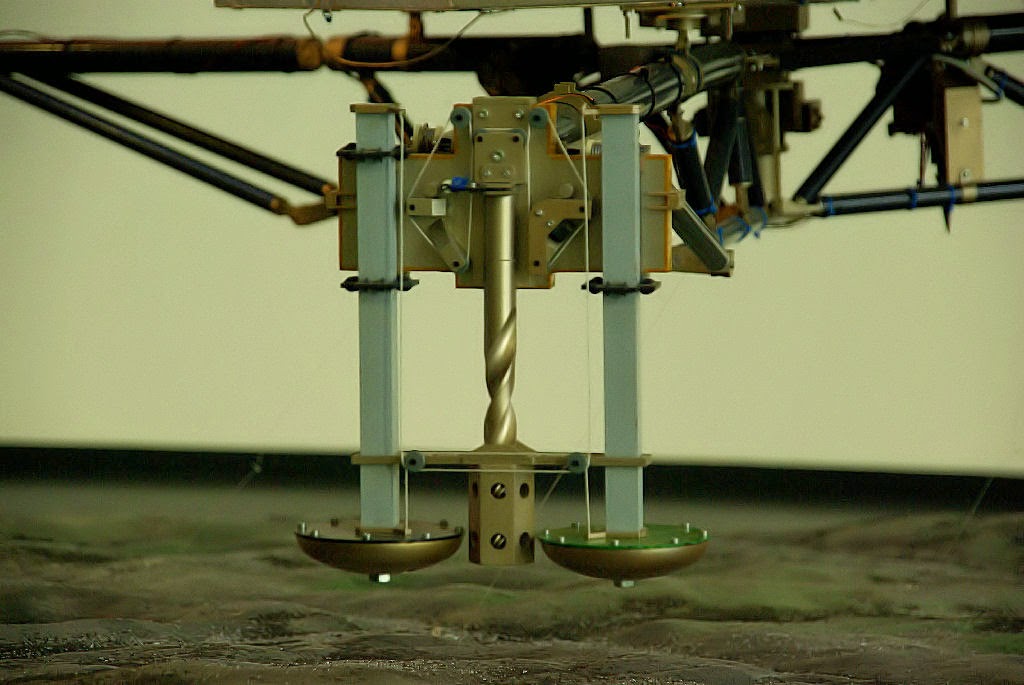 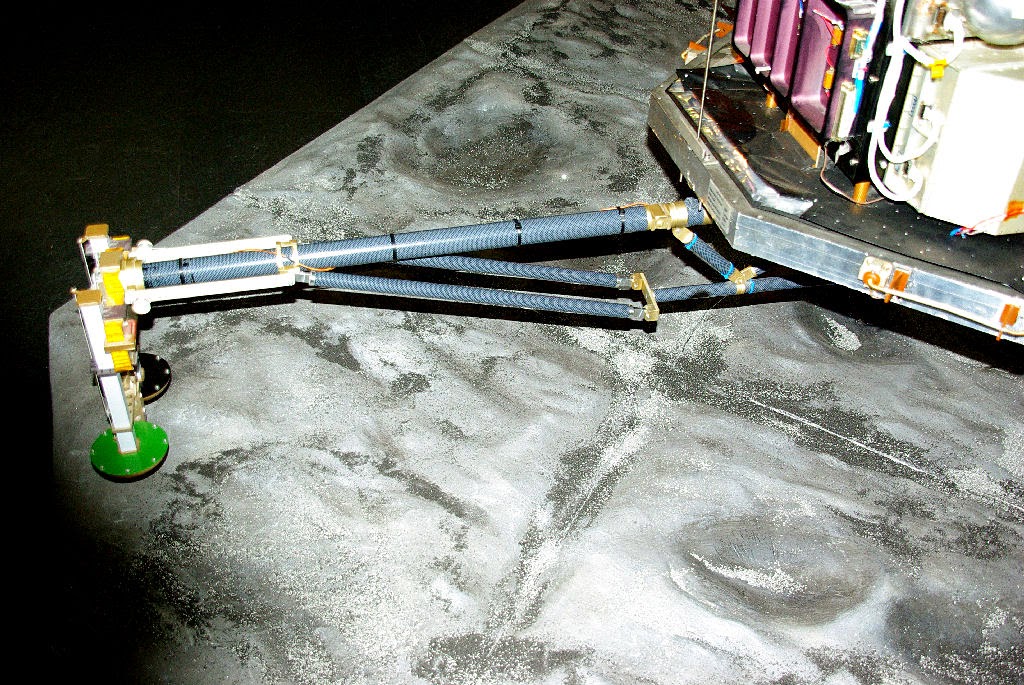 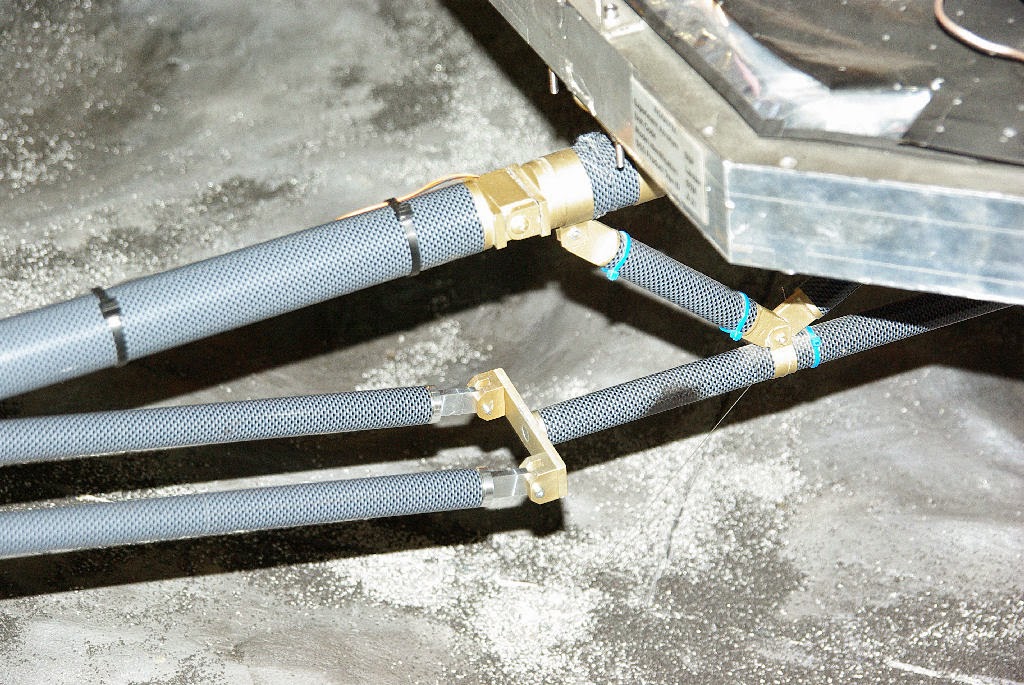 Posted by WiseOldBird at 09:12 No comments:

Comets are becoming more complex the more we get to know them. And now Canada/Sudbury Ontario claims one hit just 1,849.5 million years ago, just circa 100km from where I am "astronomer in residence" for the past 4 years. I wipe the sweat from my brow!Sudbury impact basin

We should also bear in mind that while Philae and Rosetta will relay to us much more detail about comet 67P Churyumov-Gerasimenko than we had previously known, it is detail about ONE comet and we have much to learn about how this fits into the general picture of our solar system. We know that there is much variety in composition among comets and even in the same comet - spatially, comet Hartley, or temporarily, comet Hale-Bopp. 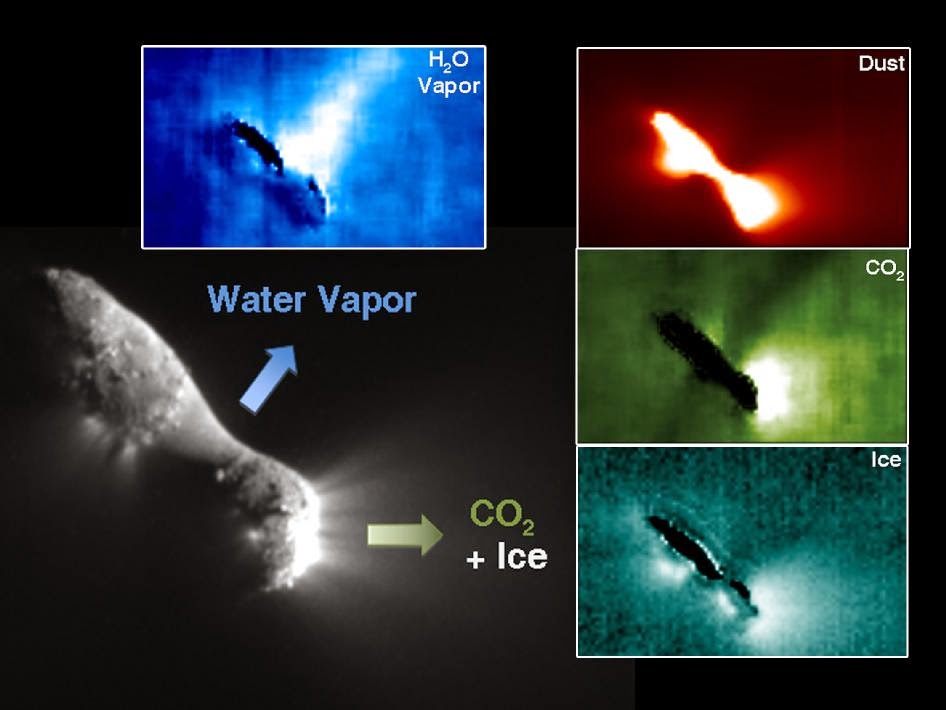 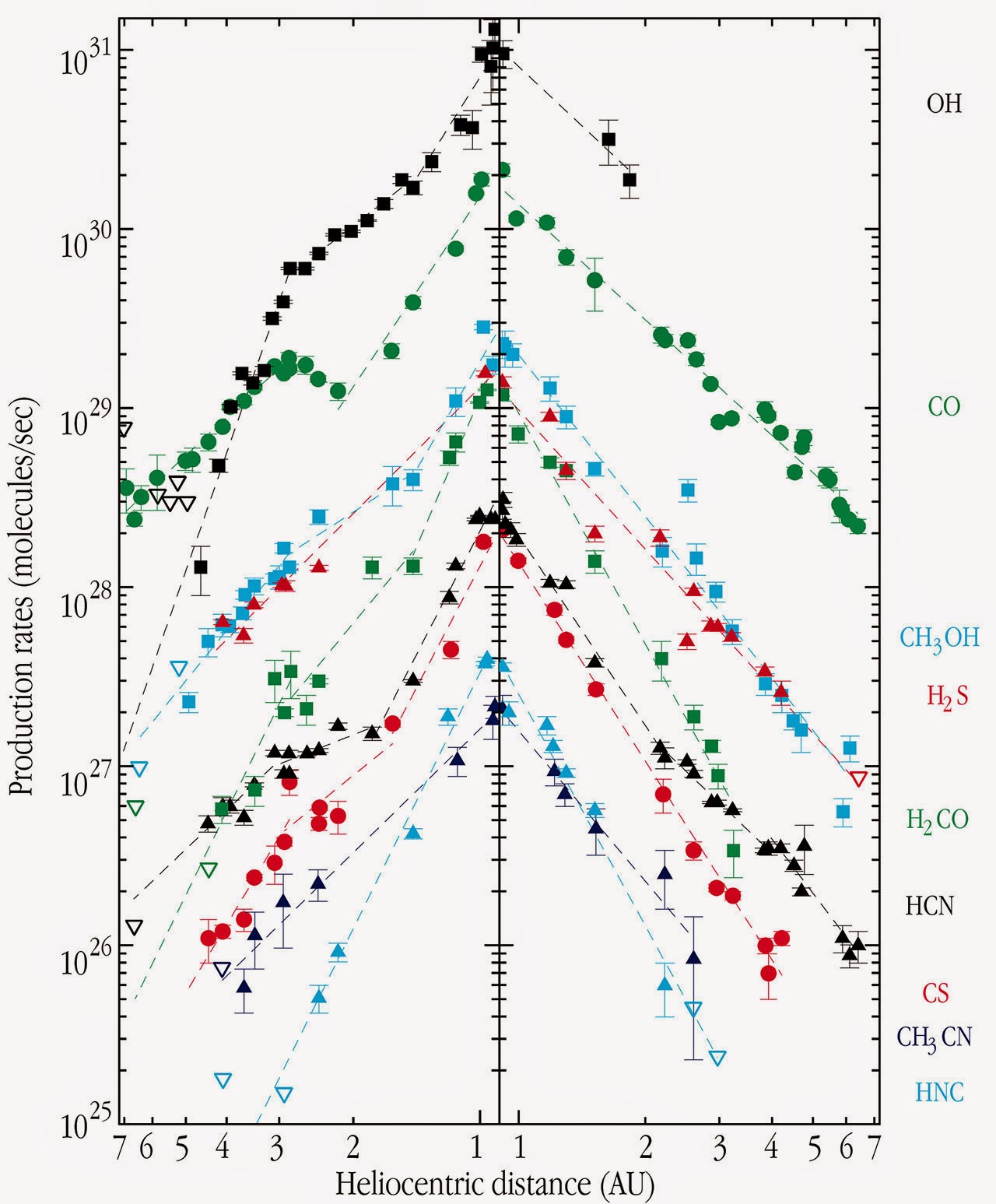 (The rise and fall of production of the various molecules is not constant  nor parallel.)
Posted by WiseOldBird at 14:49 No comments: 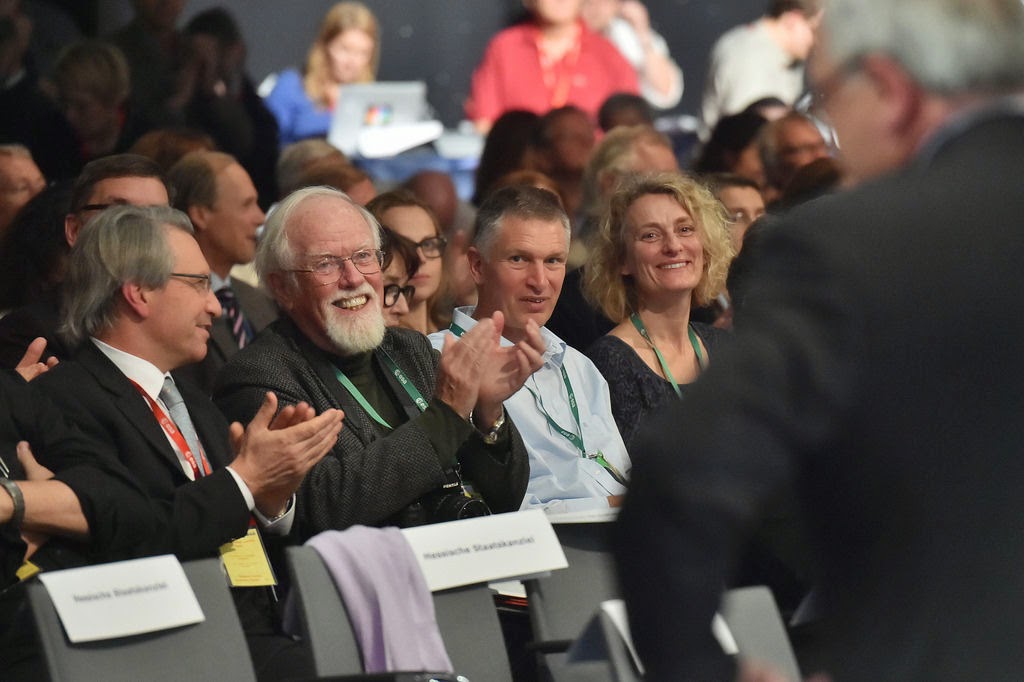 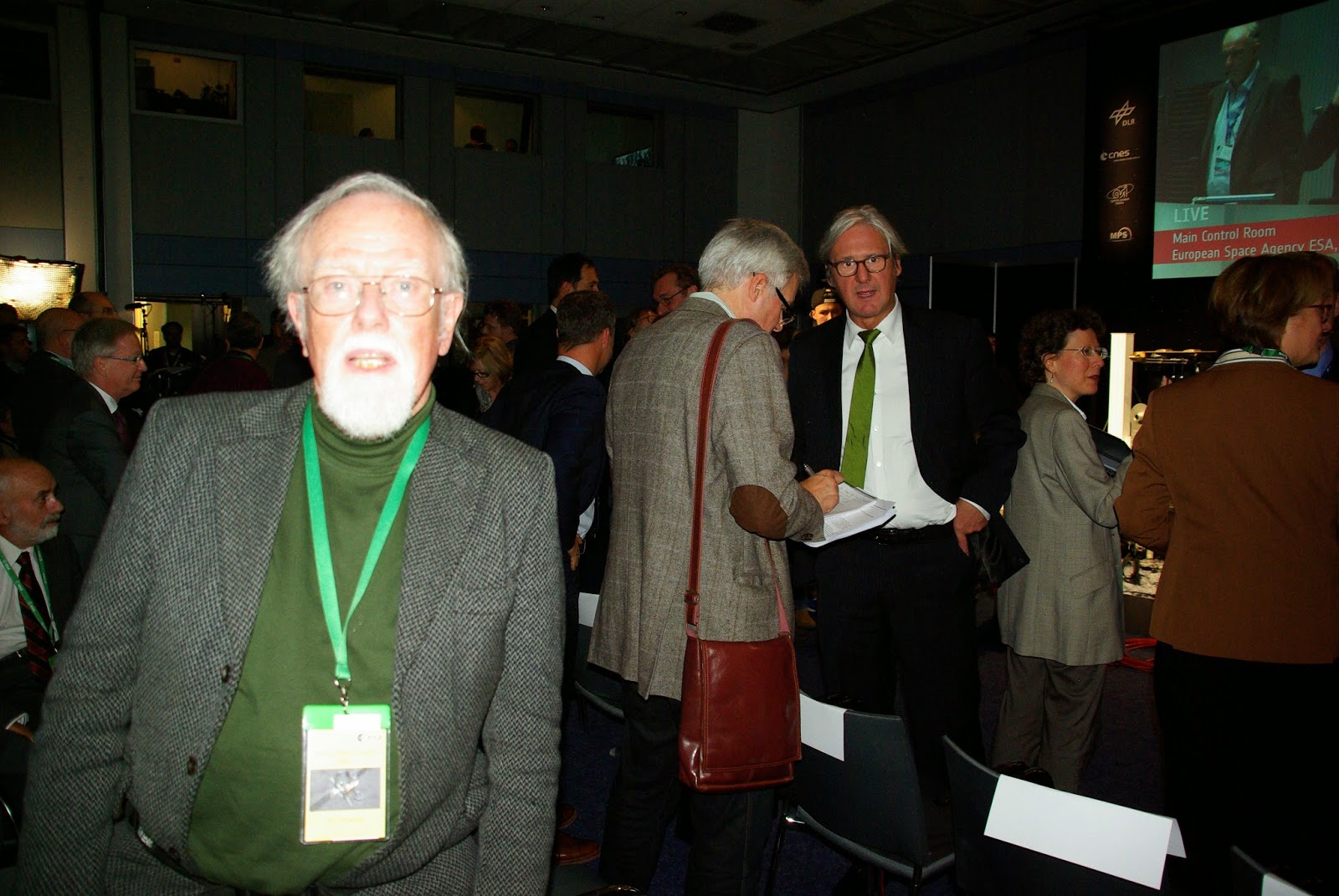 Who I was on Wed Nov 12 in ESA-ESOC Darmstadt. 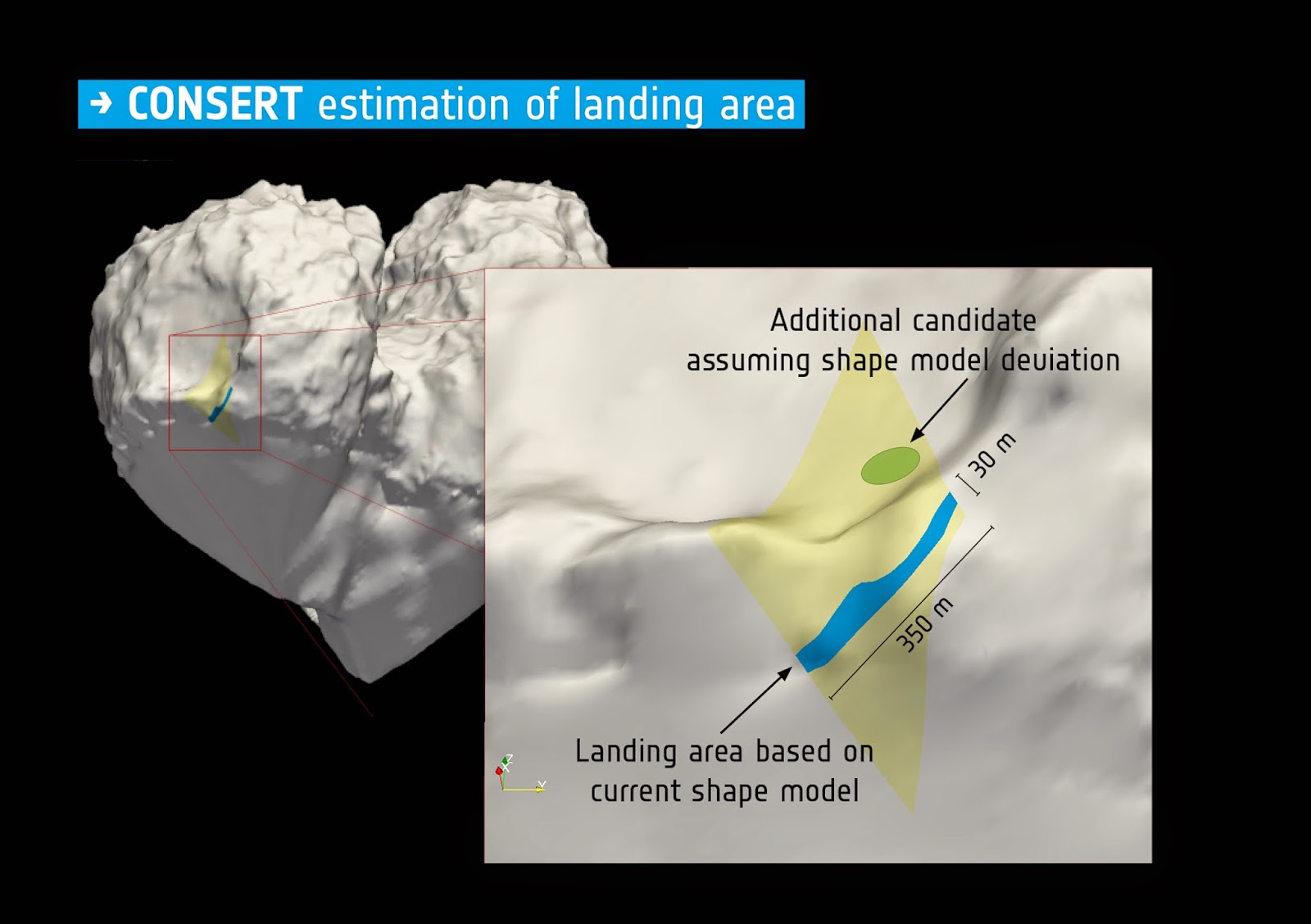 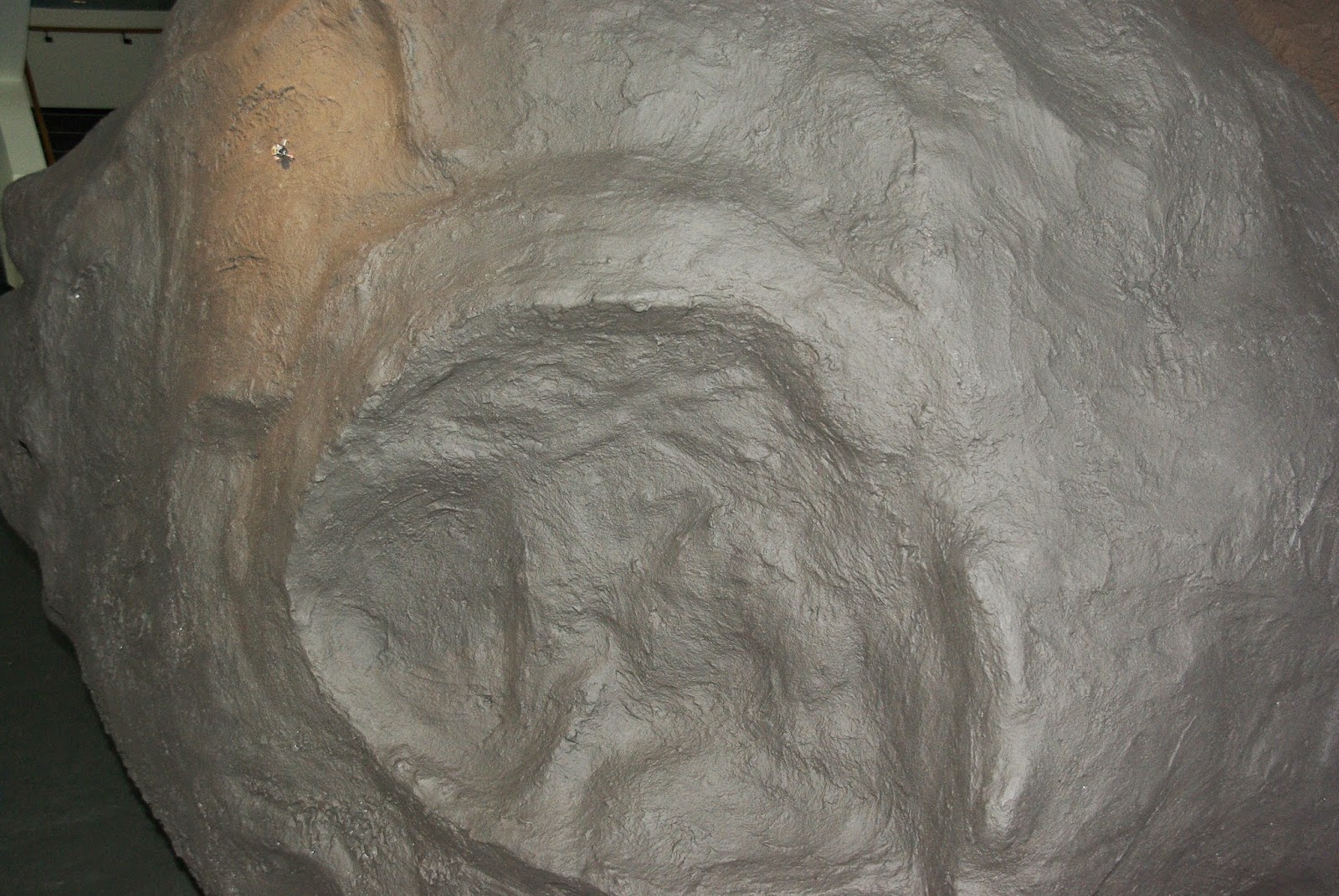 The Rosetta spacecraft's Philae probe, which landed successfully on an orbiting comet on 12 November (see Nature http://doi.org/w8k; 2014), could be renamed Pheidippides — for its record-setting marathon run and transmission of its message before collapsing.
Pheidippides anyone?

And the truth about the landing  - you can step through this as well 142 images
Posted by WiseOldBird at 10:17 2 comments:

Activity around the neck 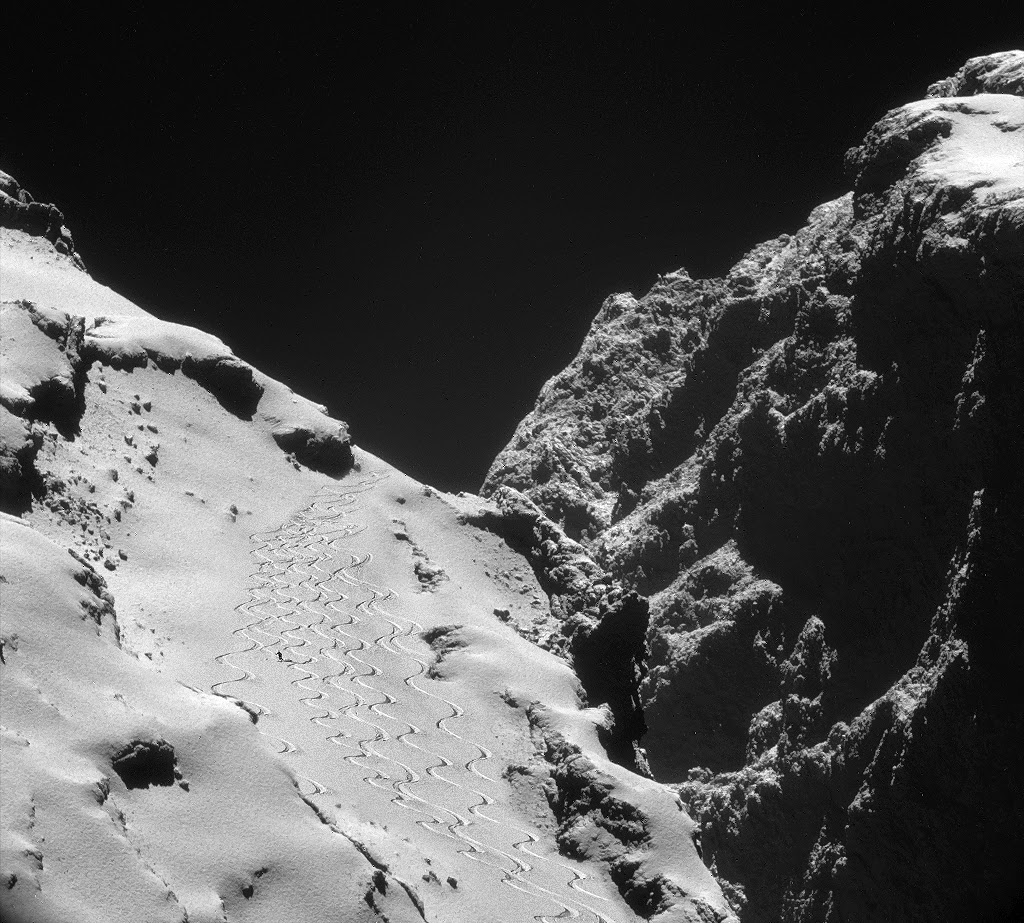 Posted by WiseOldBird at 09:06 No comments:

Albedo of a comet - what does this mean: 4 examples 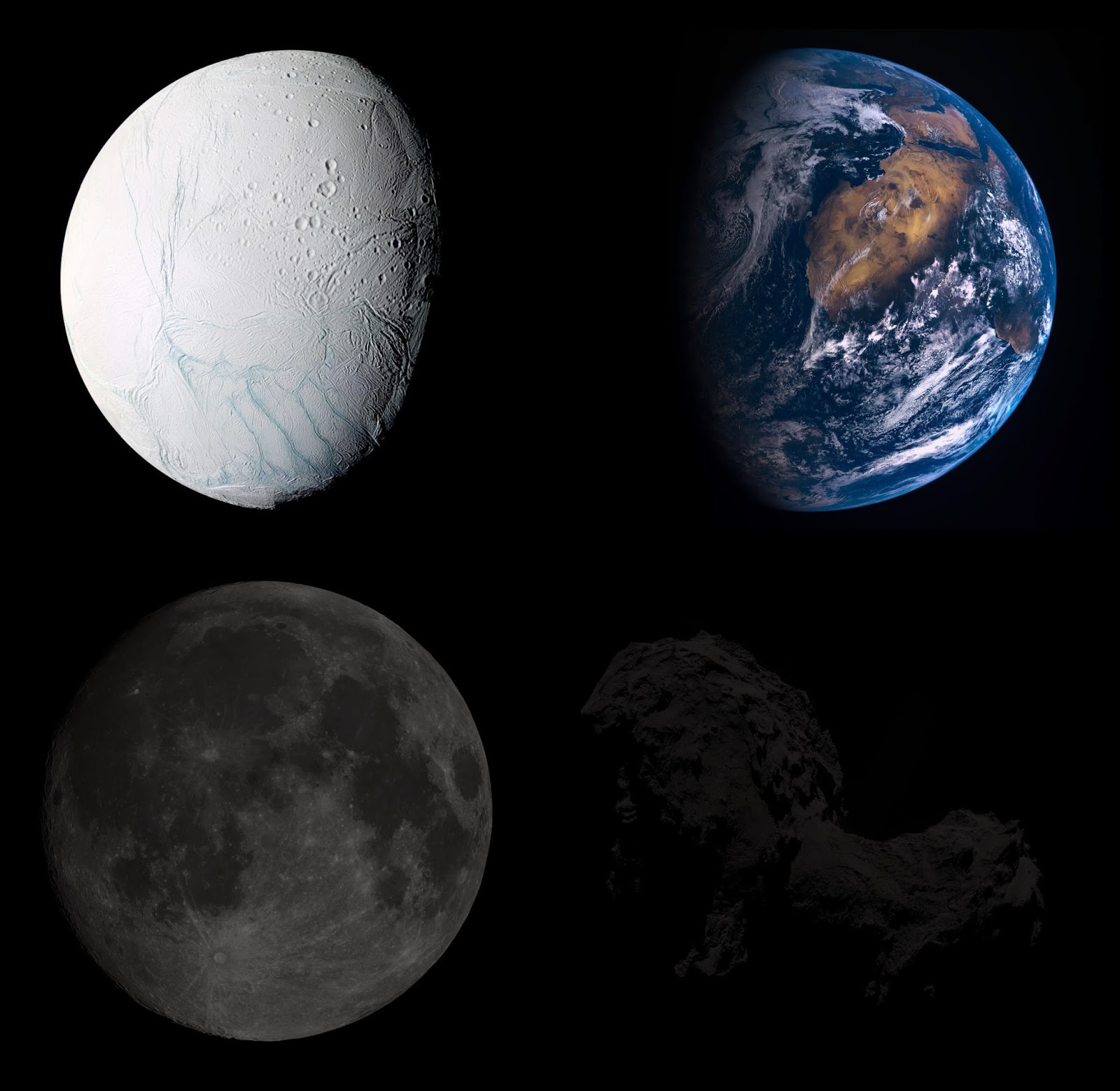 Images of Enceladus, the Earth, the Moon, and Comet 67P/C-G, with their relative albedos scaled approximately correctly. The albedos that were used are: 100% for Enceladus, 31% for the Earth, 12% for the Moon, and 5% for 67P/C-G. The images are not however to scale physically. The image of Earth was taken by the OSIRIS camera on Rosetta during the spacecraft’s last flyby past our planet in 2009.The Advantage is the same system photographed both the earth and the comet reducing systematic calibration effects. Look carefully - the comet is THERE! You might be interested in following this further.
Posted by WiseOldBird at 21:11 No comments:

Preparation to land on 67P/Churyumov-Gerasimenko

ESA has put out a simple video explaining the last couple of months of Rosetta:
Preparing to land
Posted by WiseOldBird at 10:21 2 comments:

Mitchell is apprenticing to be a welder - I suspected that when he stood beside me to look at the partial solar eclipse last month - he used a welder's mask. He has a very alert inquisitive well read mind and asked lots of interesting questions as well as raised some thoughful remarks. And he has good eyesight picking out stars in the twilight that I would not be able to see for another 10 minutes. And it brought to mind a problem: we cannot all be astronomers like me! Or dogs like Snoopy, or Green like Kermit. However, we can all be on the same team. Sometimes it is difficult to identify the team. I am going over to Germany to witness man's first attempt to land on a comet. Canada is part of the team; however, I as an informed and interested Canadian am having difficulties learning what our contributions are. Two years ago I learnt that "we" had built the telecommunications system at Norcia 150km north of PerthCanada's Contribution

What actually spurred this entry was a Nature.com alert I received today. And although it is about diversity, that is the key to unity or team-work for humanity. Have a great day.

PS If this ever caught on in our society ...
Posted by WiseOldBird at 10:06 No comments:

For the past couple of years Vicki and I have canoed to get in shape to rake leaves at Kathleen's house - it seems logical to us but then maybe I got hit on the head with a paddle? 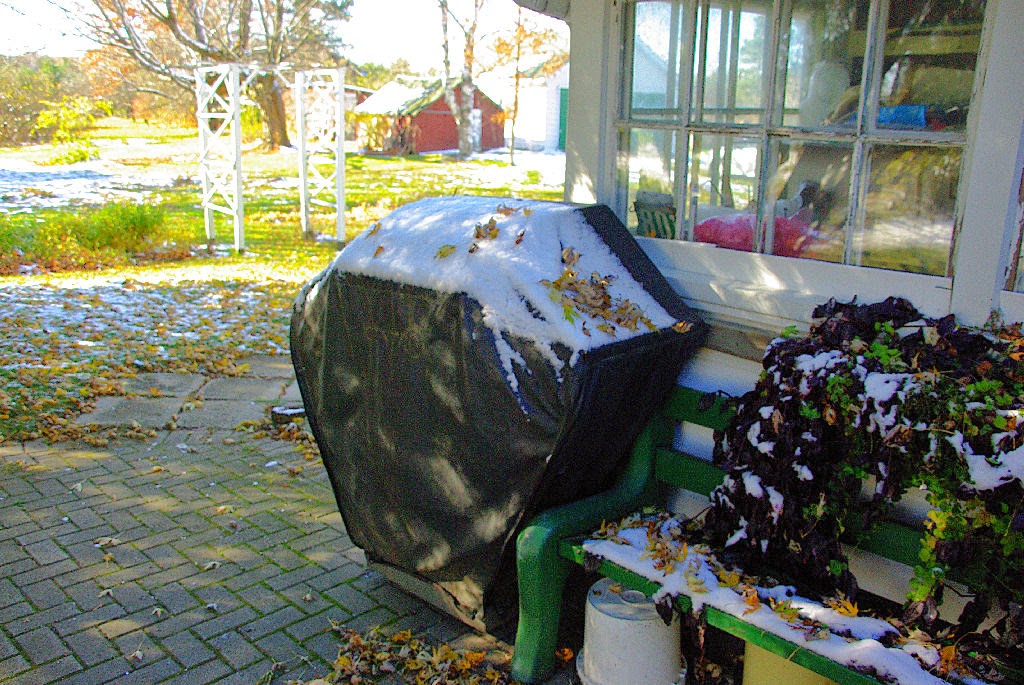 Kathleen has flowers all the time and everywhere: 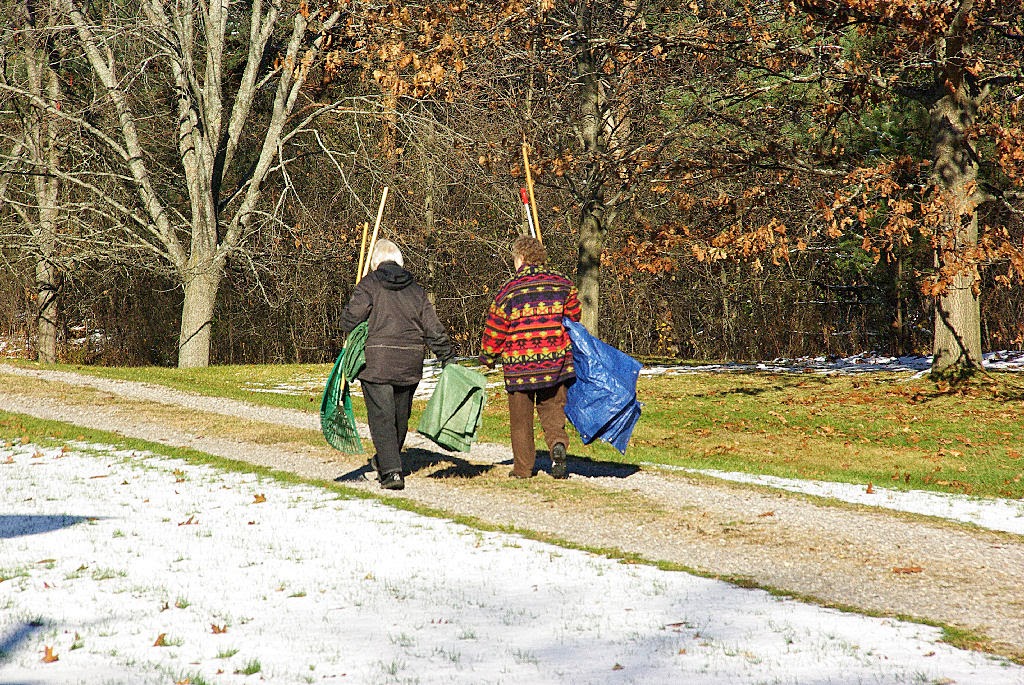 This is how a tarp is used - forget about putting it over a tent! 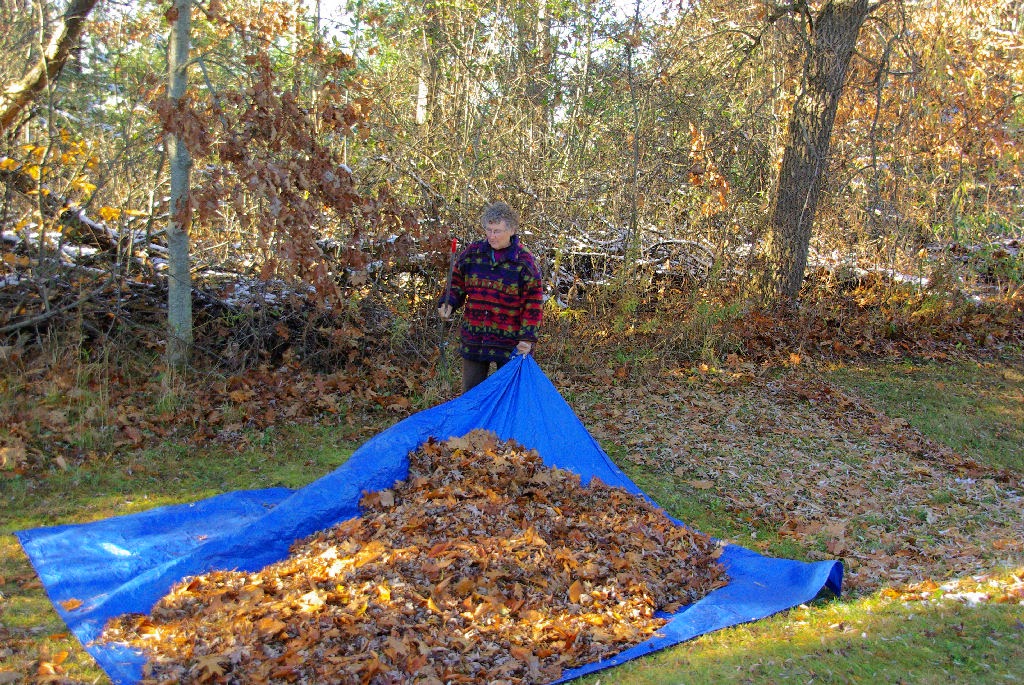 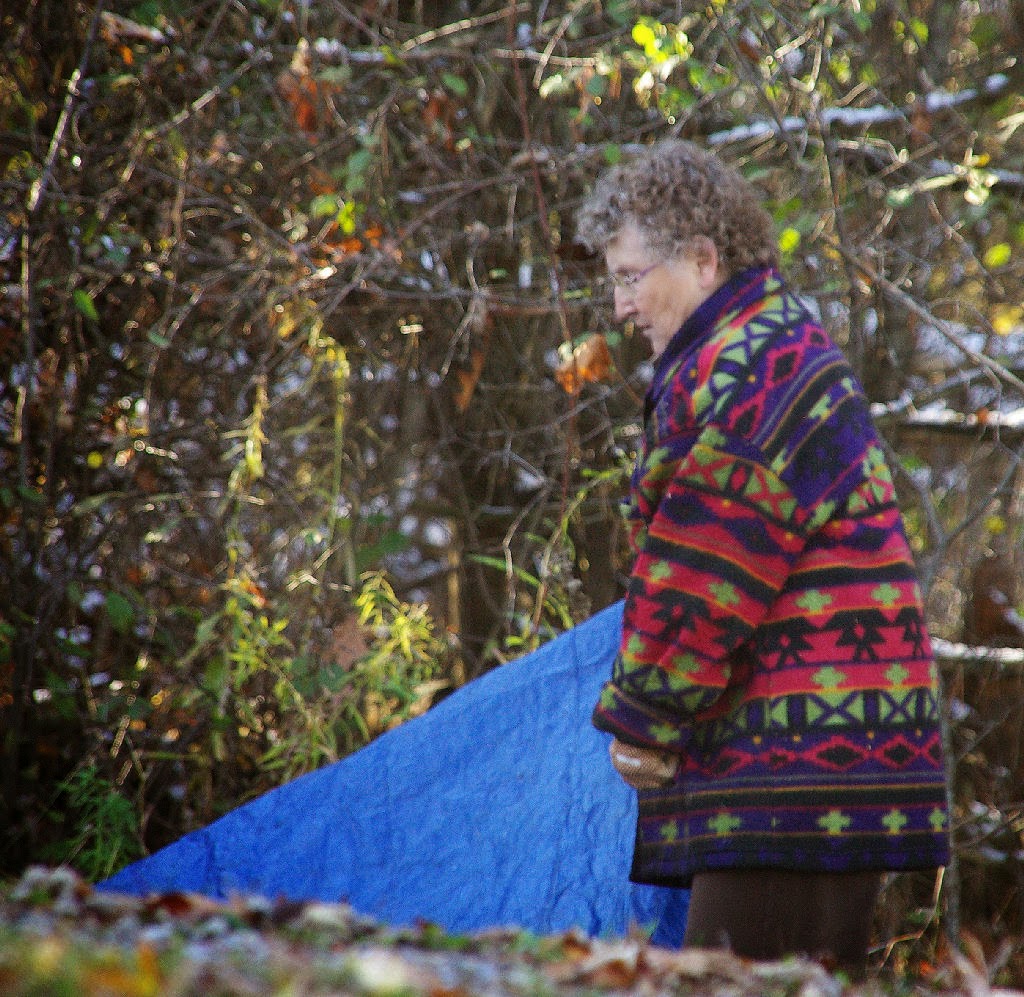 Last year we had a visitor: 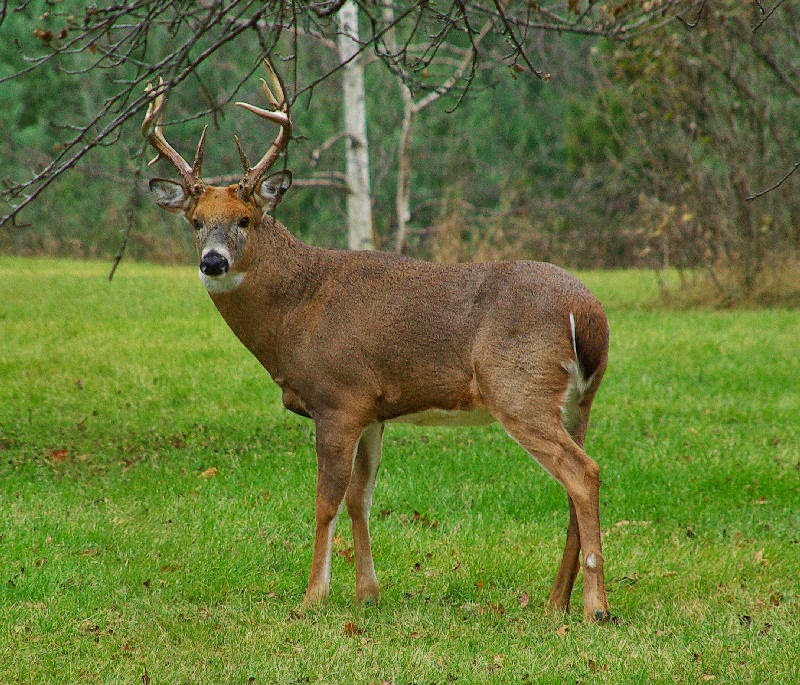 This too was from 2013; however, it may have been seen again a few weeks ago. 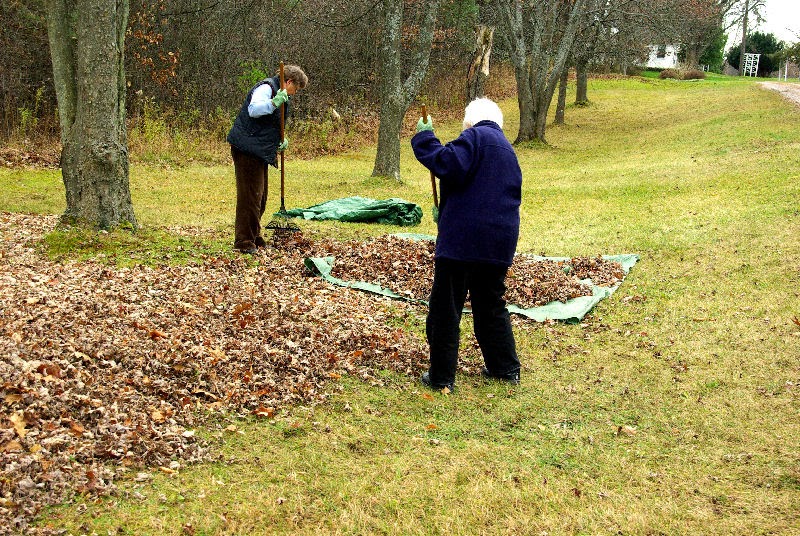 Taken from #12 on our way home 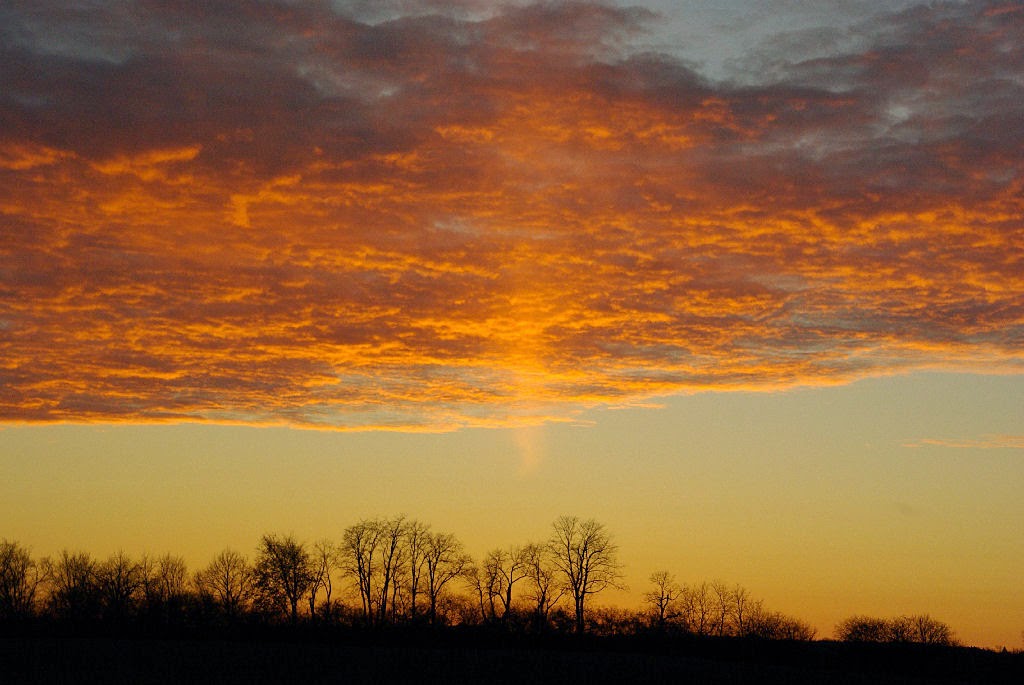 Posted by WiseOldBird at 22:13 No comments:

I thank Daniel Fischer for encouraging me to go with him to Darmstadt in Feb 2004. That was supported by COSIMA

Lining up Rosetta to deliver 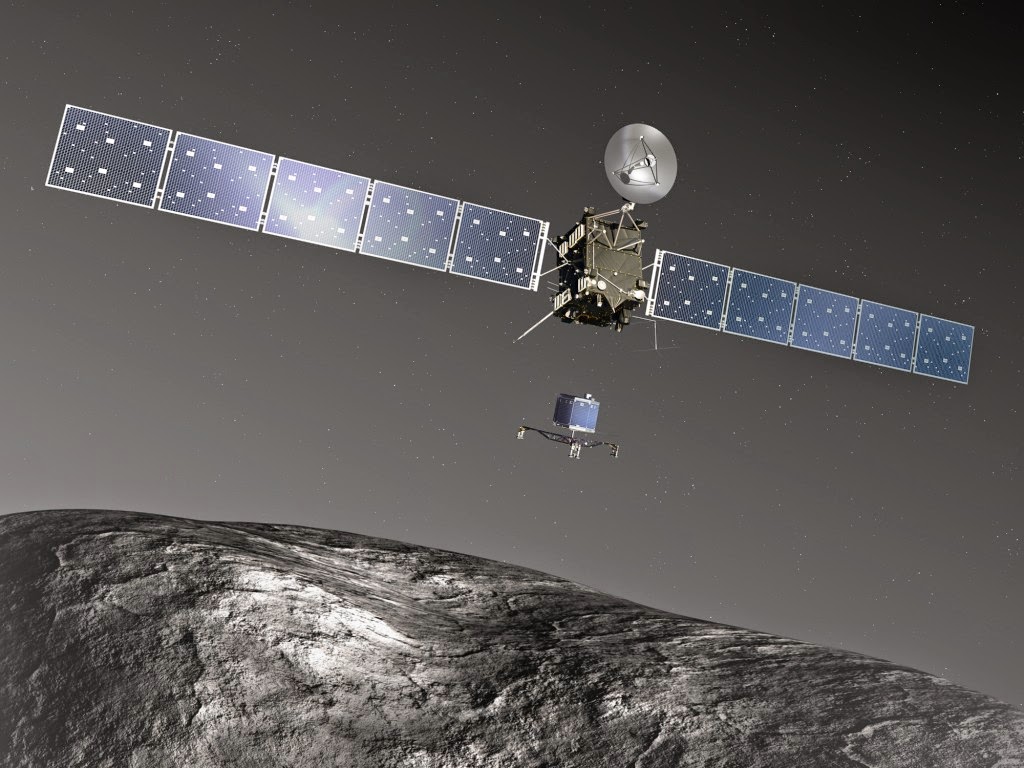 Many people have difficulty understanding how dark comets are. So here is an earlier "colour" image of 67P: 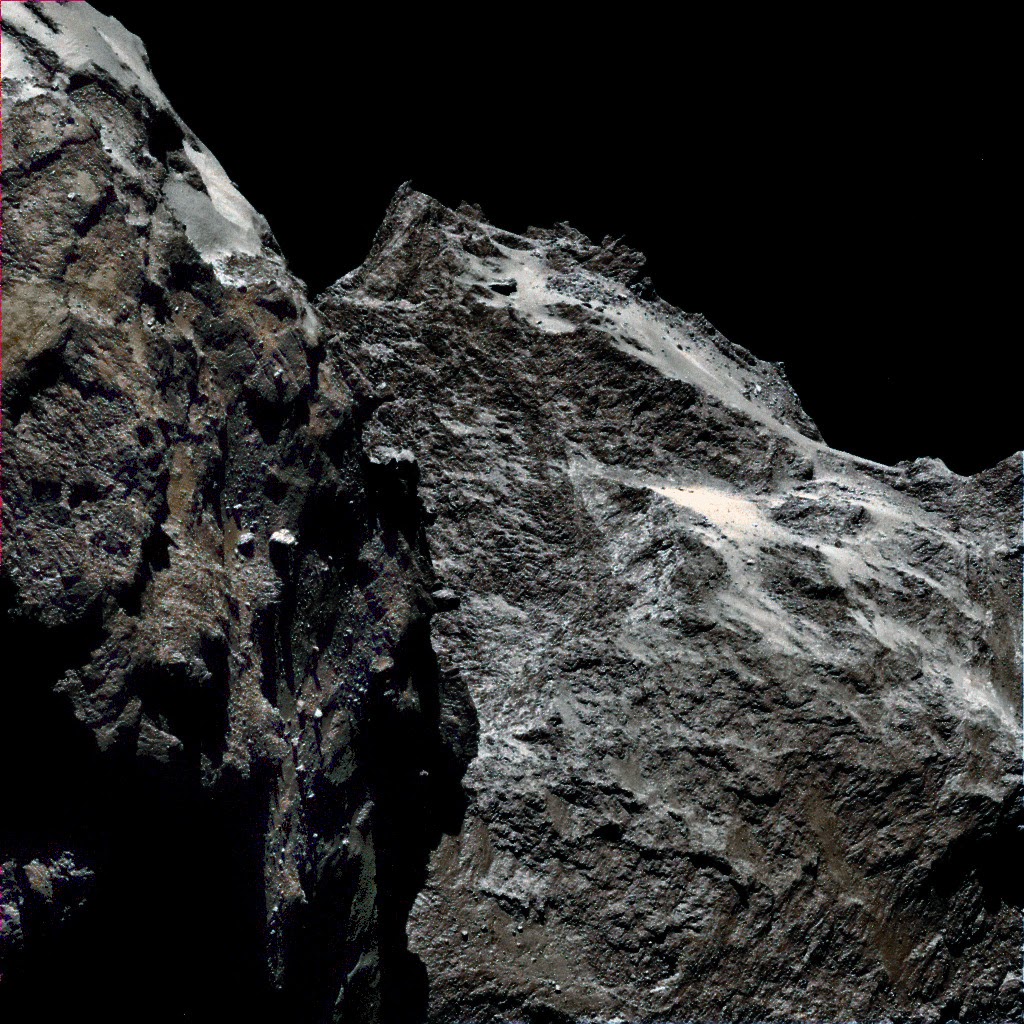 I only need between 50 and 100gm of soot per 1-2kg of water + dry ice mixture to get a matrix structure in my comets - a little bit of solids go along way. I am looking forward to the results from some of the Philae experiments - even if the PIs right now are as nervous as anything- in German we would press our thumbs, in English cross our fingers. And in the best of theatre:"Hals und Beinbrück" Or its all right on the night. Lets go Rosetta.
Posted by WiseOldBird at 21:11 No comments:

Email ThisBlogThis!Share to TwitterShare to FacebookShare to Pinterest
Labels: lining up Rosetta, Philae and 67P

Does anyone read these blogs? Another question . do you want to see 2 of our halloween visitors? (I dressed as Santa but I didn't selfie myself so you may have to wait.

Anyway this morning we had a gale off Couch and some snow flurries and plus temps - but just temporarily, I am afraid. The bug-free season has ended and the swarms of "white bugs" has begun! We drove out Horseshoe Valley Road. Not enough for X-country but soon! 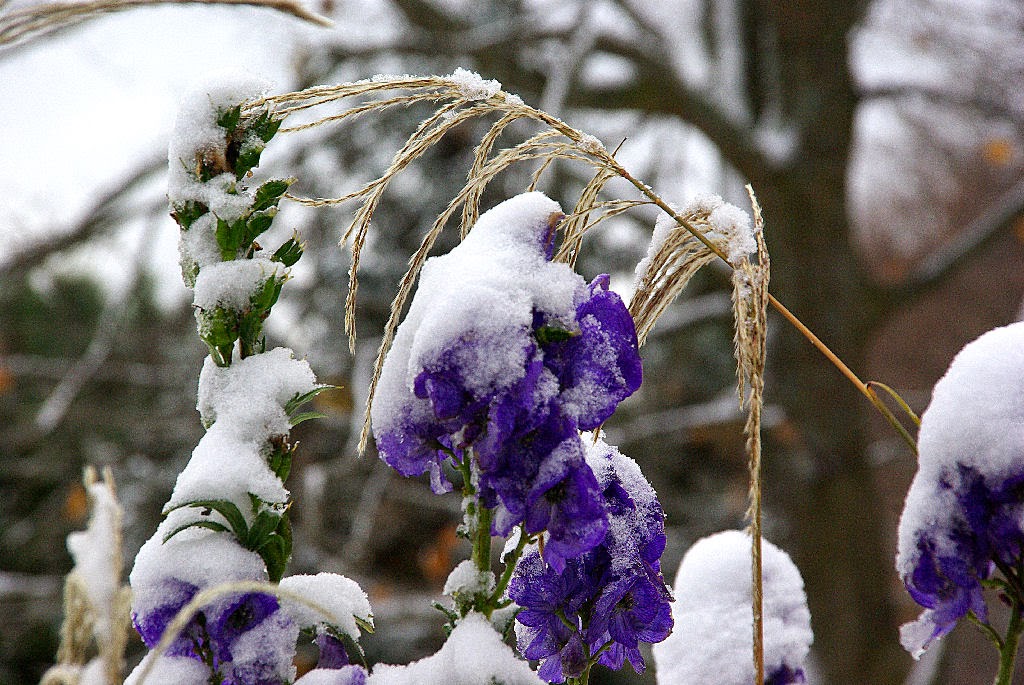 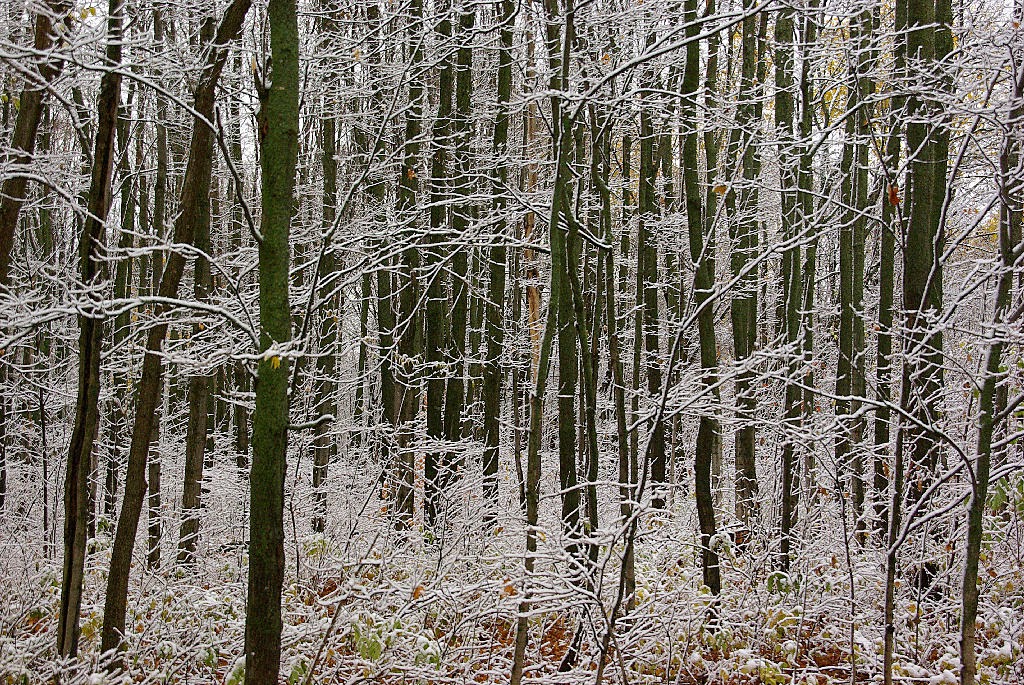 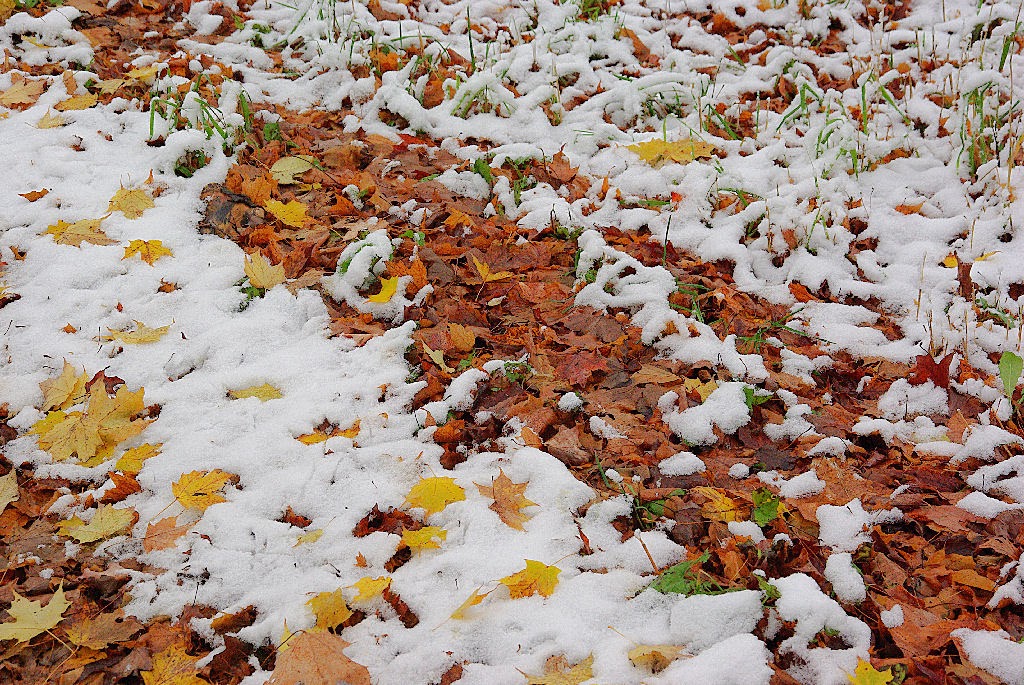 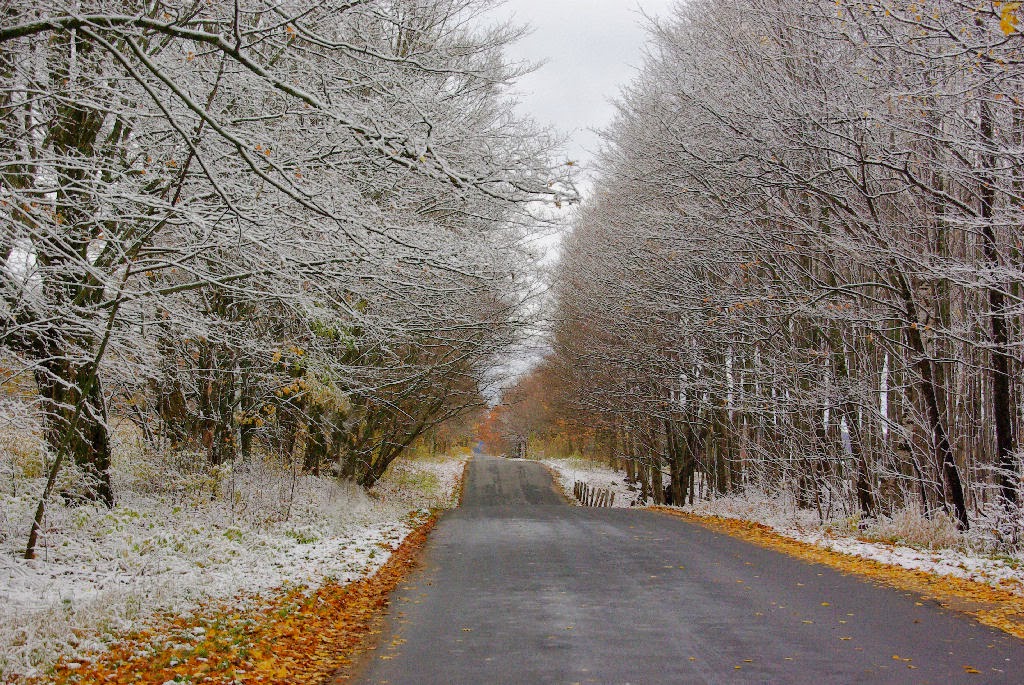 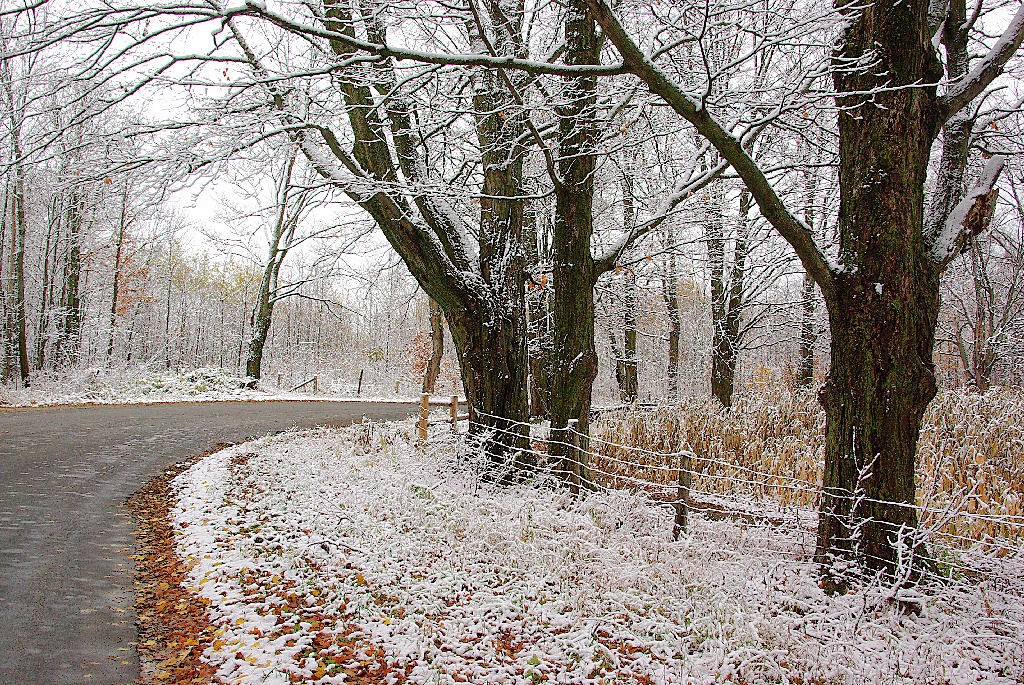 Snow tyres or tires on Tuesday!

Posted by WiseOldBird at 16:53 No comments: