It started about a week or so ago with this cartoon: 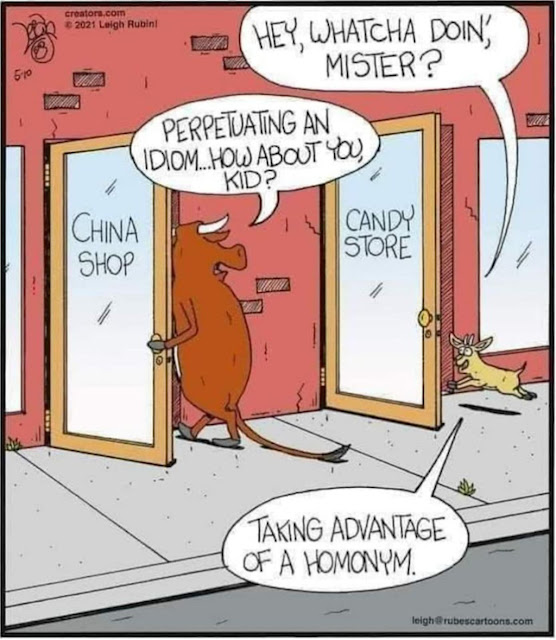 I read it from left to right and got "stuck" on "China shop/Candy store" - what is the difference between a shop and a store?

I did what every modern connected person does these days, I googled it:

So, next, I am "reading" bottom right and am puzzled by the little reindeer animal. Now I stop and

So I start at the top and work down and then it is as crystal clear as nothing is in a china shop. So it is

as happy as a child/British, kid/American in a candy store. But wait, which came first, child or kid?

And then why call the little animal a kid, goat? Turns out a baby goat has been called a kid for centuries, but a child has only been called a kid, das Kind, die Kinder, der Kindergarten, for just a couple hundred years. So this  homonym has only been around for a short time while bulls have been in china shops since the first kiln. By the way did you know that the practice of putting milk in the tea cup before pouring the tea was to prevent the cup from breaking. Cheap cups would crack when hot tea was poured in first. In better quality "china" one did not need the milk. I suspect that tea was originally served in Asia in clay cups. And I personally like it with a touch of either orange or lemon

So let me now show more images about wind chill feeling unliked by nearly everyone. The photos were taken about the same time as those in the previous entry but toward Rama.. The wind is driving the snow so that Rama is not visible (it would be just right of the double tree) and so the landmarks that come and go are Tudhope Park on the right and Couchiching Point about 1km further away and left. Our terrace is visible in the lower right corner of the 1st image. 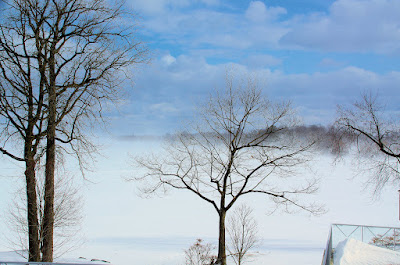 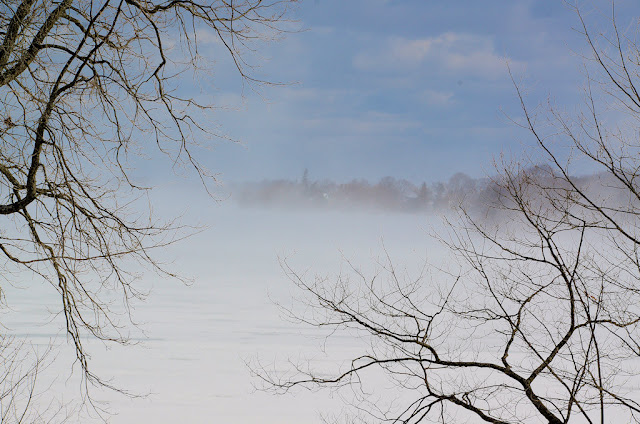 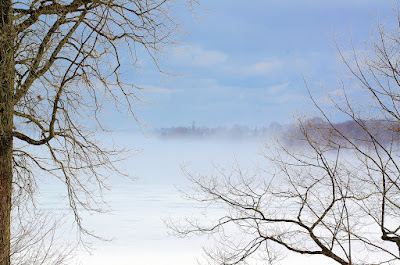 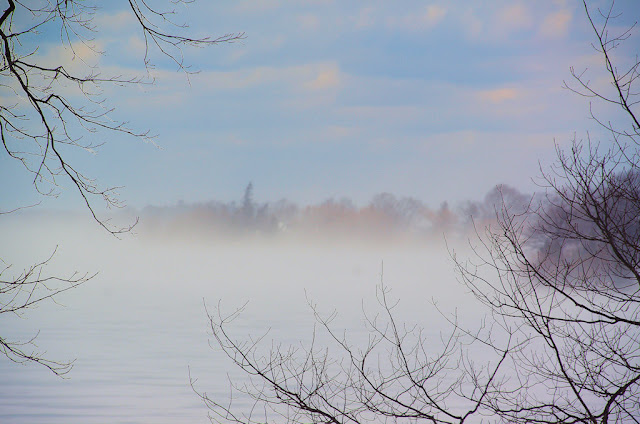 Wind chill leads to short attention spans so it is also fortunate that the scene changes rapidly.