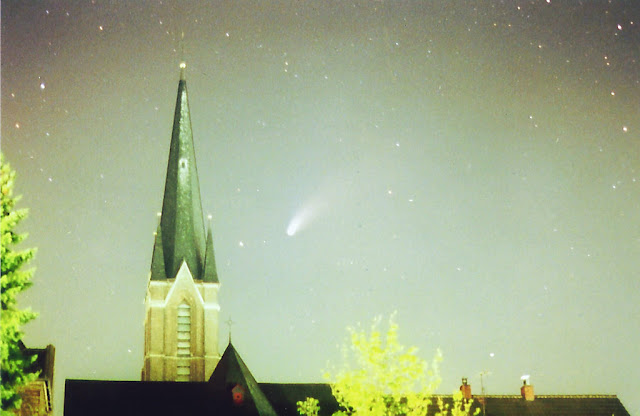 The choir was singing in preparation for Easter  on this evening, Grün Donnerstag

In July 2021, a person standing near this spot looked to the right and saw and photographed this scene: 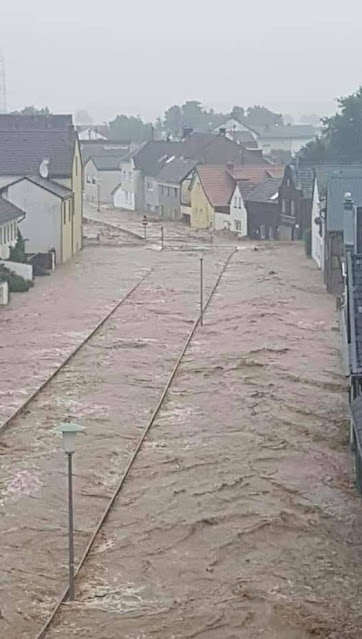 The foreground is the flooding - there are roads left and right of the central stream. Note the 2 houses in the centre, where the flood bends to the left. A couple of days later they formed this background: The houses are behind the 2 men on the right. The guard rails are now above water - they were the 2 lines down the middle in the first, flood scene.

And I think of the Ukraine. Now it is not quite obvious. However, these 2 men are not 20km away from

this flood but are separated by many years from this event - they have defused an unexploded bomb from world war II. And there more in the Ukraine, now. 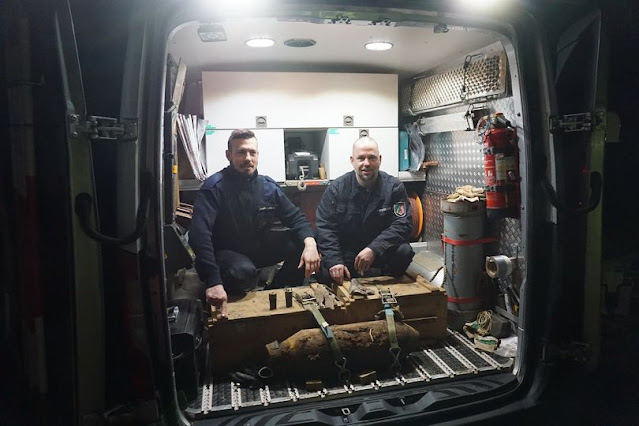 This is remembrance day for many of us. We are all connected until the red button gets pushed. 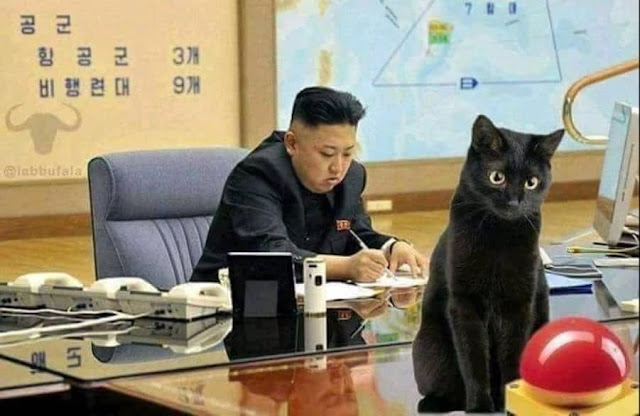